‘
“Once you have lived in New York and made it your home, no place else is good enough.”
―  John Steinbeck, American writer and the 1962 Nobel Prize in Literature winner

‘
“Once you have lived in New York and made it your home, no place else is good enough.”
―  John Steinbeck,
American writer and the 1962 Nobel Prize in Literature winner

Designing Beyond Function: Graphics and Products

There is so much to be said about graphic design in the modern world. From advertisement posters to art objects, graphic design is ubiquitous. The fast-paced world of graphic design is decorated with several artists who have made groundbreaking objects and designs that inspire other artists in or out of the field to do the same.
Among the most celebrated New York graphic artists is Milton Glaser. Every successful graphic designer must familiarize themselves with his work and the methods that made his work stand out. It’s tough to determine which branch of graphic design is going to be the one you’ll stick with for the rest of your career. Whether it’s commercial or industrial, artistic or strictly functional, there are many paths that can take a graphic designer far into the field. Glaser specialized in many commercial designs that stamped success on the proposed brand. He is most known for the “I Love New York” design, but his work contained genius artistry attracting attention to many products and services. Posters, logos, book covers, and advertisement illustrations are all options open to graphic designers. Milton Glaser perfected them all in the span of his career. He is an exemplary artist who proves that a broad range of skills can assist a designer in achieving signature. 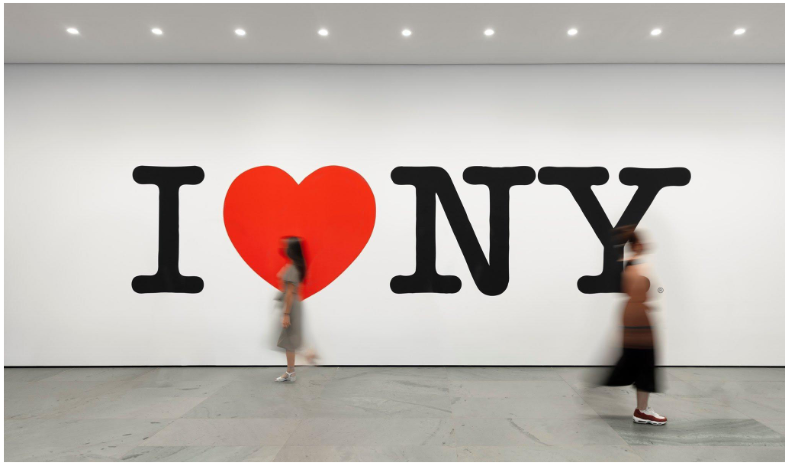 Another great NYC based graphic designer was Paul Rand. His work heavily appeared in the form of logos for companies such as UPS, Morningstar, ABC, Air-Wick, and IBM to name a few. Although he is known for the big logos of big companies, he also has a glamorous selection of book covers, posters, and paintings. The most compelling characteristics of his works are the few color choices in each palette, the structure and fonts of words, as well as textures such as paper, metal, and plastic that is visually tangible through his work.

Aries Moross (formerly known as Kate Moross) is another great graphic designer on the other end of the spectrum: Moross stands far away from the minimalistic approach to design. Their work includes vibrant colors, a plethora of words and letters in close proximity, and multiple layers overlapping. Although Moross is not NYC based, their work is globally displayed and celebrated. Among Moross’ work, the Tokyo Pride poster (2016) is a great showcase of vibrancy and volume.

Besides graphic design, product design has its own division. While advertisement posters and illustrations serve as a form to a product, service, or company, the product itself has many processes before its final fruition. The worlds of graphic design and product design are similar in the sense that both require a process. However, product design involves an actual physical object. It could be said that in addition to the thought process, layout, design, and completed form of a design, a product requires planning and work to bring it close to execution. That means, manufacturing the design to bring it into existence. Can an artist do both?

The answer is yes. A one of a kind, contemporary artist that has made huge changes in the industry is Yu Rong. Rong is both a graphic designer and a product designer. She has been recently featured and interviewed by NY Art Life for her growing body of work. She began her work as a designer, developing successful toys for children with vision problems. Although these works are more in the form of illustrations and posters, Yu Rong’s work is expressed through objects as she is also a product designer. After her success with the Lighthouse International Project, she continued her creative endeavours by illustrating wedding labels and retouching images for two years. 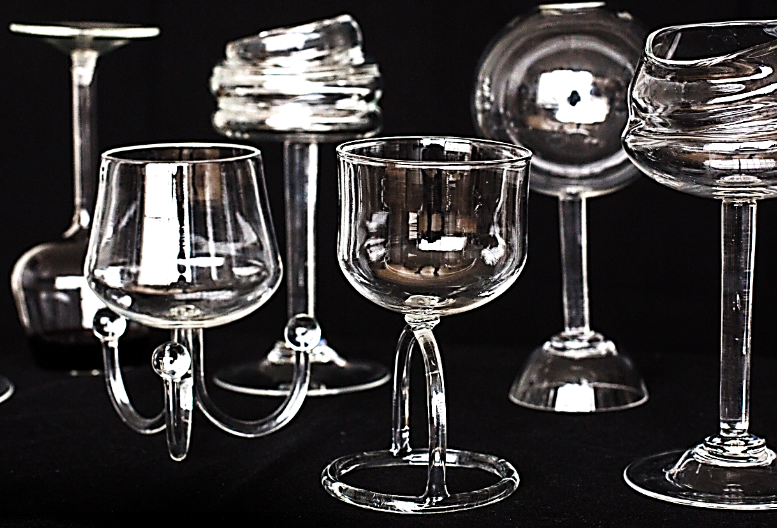 After working as a graphic designer, Rong later served in graphic design management and development with Patrik Ervell, a successful design company, and then continued to establish her own designs in the form of a functional art object.

Most impressively, Yu Rong designed and redesigned wine goblets and exhibited her work in many fairs and design weeks; Milan Design Week twice, Prague Design Week, and London Design Fair. The wine goblets are intensely interesting due to their nature of being sparse in the design world, as they are unique and niche products. This principle can apply to so many products designers have created—thinking about an object that has specific practicality to it, yet something that can have a beautiful, immersive, and emotionally impactful design. Graphic Design takes on many forms as visible through the works of Glaser, Rand, Moross, and Rong. Although the field is more traditionally affiliated with logos, poster advertisements, book covers and illustrations, the work can also serve as a functional plan for objects that are used and artistically exhibited. Rong
proves that graphic designers themselves have multi-dimensional arts that become a craft, expressing many concepts, emotions, and ideas.

The Great Gate, 60 Million People Pass Through it Every Year.

This Week We Enter the World of Graphic Design. Interview with Yiran Li