Ms. Giuntini is a professional Performer in NYC

What is your process as a performer?

I started my training at age 13 in Buenos Aires and acted in my first theatre play at 18. I was a full time student, first in the National University of the Arts in Argentina, doing extra classes in private studios until I graduated from American Academy of Dramatic Arts (AADA) last year.

I have done some film and TV work but I always felt more attracted to theatre because I love having a live audience, I find it more challenging.

I was part of the play Torres Gemelas in Buenos Aires, where it became mainstream, and then opened in Cordoba and in Barcelona with local casts. I directed and produced the first American version of it in NY last year, in which I had a role too. I’m working to get an artist visa so that I can continue making Two Towers and grow my other immersive productions in the USA.

How has your experience been with theatre, especially with your lead roles?

I won Best Emerging Talent for my lead performance in Giuntini is Back to Eve at the Winterfest of the New York Theatre Festival at the beginning of 2019, which was a great honor, especially since I wrote that play about overcoming a difficult experience.

Most of the time, there are no lead roles in immersive theatre productions, because stories develop parallelly at different points in the space or the spectator is the protagonist, or the set-up is just different. I did have big influential roles in immersive productions, where my part was key to the story. Like in Confidential -a spy game-, no players could move forward to the next clue if they were unable to discover my character first. Or my performances in Torres Gemelas and Twin Towers The Play, where my characters actively changed the plot.

My most recent creation is ManiFaeStation, an immersive experience designed for one audience member at a time. The spectator encounters a Fae of Manifestation who guides them into a ritual to manifest their heart’s desire. It was beautiful to get them to open their heart and speak about their biggest wishes, a very transformative and intimate experience.

How was your performance and your role in the production at the New York Theatre Festival?

I interpreted Evelia in Giuntini is Back to Eve, which is a play for one actor. I wrote about a woman recovering from a romantic break up who struggles with identity issues.

It was inspired by my own experience, magazine articles, and friends’ testimonials. Eve’s therapy is recording audio journals, and the whole play is centered on her getting back to her old habit of recording herself and saying her deepest thoughts. This play shows how this act of therapy, and returning, helps her heal her soul. 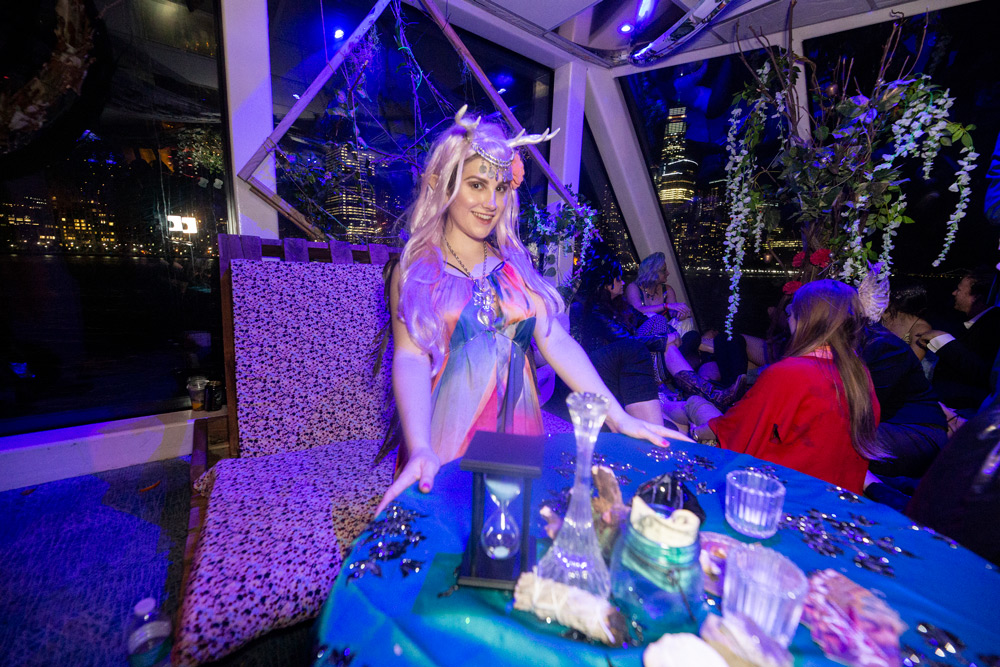 How does your experience make you stand out from other performers?

Most of my experience is in immersive theatre performance and there aren’t many actors who focus their entire career on this type of acting. It’s very challenging for performers because of the close proximity with the audience members along with getting used to unconventional spaces and scripts; plus these roles generally require high skills in improvisation, which is not common in American actors because acting education and training in the USA tends to be more text-based with less room for free improvisation. I also direct and produce immersive shows. I think immersive is the future of performing arts.

I want to act and direct in productions that have a unique feeling to them, that are innovative and that awaken strong emotions and social awareness in the audience.

How has being an international performer shaped your style?

As most Argentinians are, I’m passionate, resilient, resourceful, authentic and extroverted. We tend to go straight to what we want with confidence. All these characteristics definitely show on stage.

What are some of the performance techniques you utilize?

I have learned a broad variety of techniques both in Buenos Aires and New York by studying with different teachers for twelve years, so my personal technique is a mix. In AADA I trained in Sanford Meisner’s technique for the first time – I fell in love with it, and it provided me with great tools. Additionally, David Mamet’s take on acting is very similar to mine. When I read “True or False: Heresy and common sense for the actor,” I felt like I had found all my thoughts already organized in a book, it was awesome. I’m very influenced by Physical Theatre as well.

My biggest role was Priscila in Torres Gemelas Buenos Aires. That role shaped me as an actor, big time. I hadn’t done anything immersive before that production, and that opportunity shed light on how I should move forward in my path as an artist. It awakened a huge passion. My character was very bold and the audience was deeply affected by it, plus the director loved the ideas that I brought and shaped them really well. The experience changed my life.